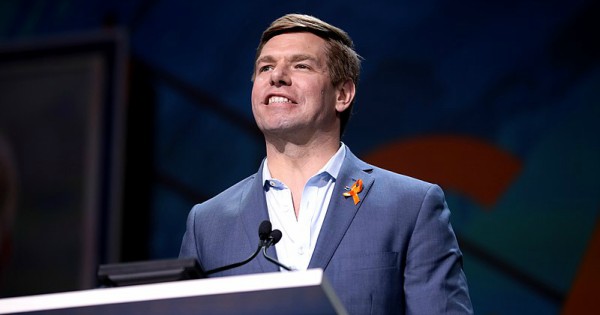 Eric Swalwell, Democrat from California. He was really a one issue candidate. Gun control.

He points to the alarming frequency with which mass shootings are happening and the terrible toll it is taking on children in schools. In many ways he is right, the youth of the nation is developing a case of PTSD without ever having to endure the trauma. Regular lockdown and shooter drills are moving our kids farther away from the innocence of youth and into the jagged, frayed edge of survivor and we just let it.

In many ways it is an issue that is overlooked, thoughts and prayers are stored in closets in capitol buildings for emergency distribution when tragedy strikes. The NRA dusts off its best John Wayne persona and says, “if only I would have been there.” And we wait for the circle to come around again.

Swalwell did not really have a chance. He is a little known congressperson from California who supports the New Green Deal and makes a little noise about insurance and bankruptcy, but he is willing to take on the NRA, and he is willing to do it on Fox news, and anywhere else.

Even though he dropped out of the race on Monday*, I hope his dedication to this cause is assumed by someone. It is too important and we are losing too many children. Thank you, Congressman Swalwell.

In unrelated news, Kamala Harris seems to be enjoying the spotlight after the recent debate. She is attacking President Trump, calling him a predator, daring him to tweet insults at her. It might be a perfect strategy. If he goes all in against Harris it could expose him to accusations of sexism, racism and just being a bully.