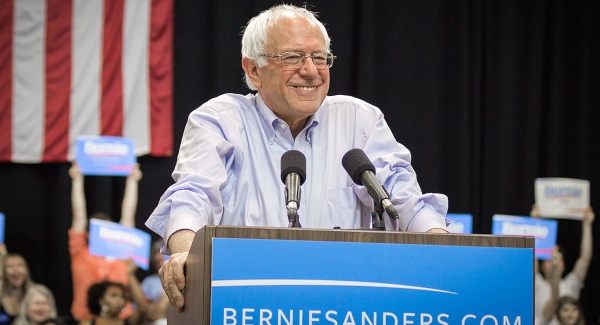 And, when I think of who ended up winning the election and the way things have changed, I move into a state of terminal brain funk. It is a symptom of the rot that eats away our democracy, as sure as gerrymandering, or McConnel’s manipulation of the judicial confirmation process.

There is no way to know if Bernie Sanders would have beaten Trump in the general election, but it is obvious he didn’t have the baggage Clinton carried.

Of course, he didn’t have the experience in international statesmanship that Clinton had, but neither did Trump. It is easy to believe he would have been a little more diplomatic than the current administration.

I’m not going to go all in on Sander’s positions, they are all well known. If you take the positions of almost any candidate in crowded field, they are based on something from the Sander’s campaign. He has ignited a movement. He has informed a party and its beliefs.

Sanders and Trump are two ends of the same trail. Big ideas, big, bold positions, life as a story arc. With an angry wall, religious intolerance and bellicose, authoritarian military displays on the National Mall on one end and free health care and college tuition on the other.

At the crux, this election is the choice between two visions. Trump is the tweeting, shouting, finger pointing mouthpiece of one. Bernie Sanders is the tireless, seasoned, college professor looking advocate for the middle class and poor represents the other terminus.

Since the last election the choices have become stark, obvious, inescapable. We should call this the Sanders revolution. Power to the people is not just a phrase for Sanders, it is a policy position. He has altered the landscape of the left. Whether you vote for him or not he deserves your gratitude.

In other news, Trump stole 2.5 million from the National Park Service to throw a few military vehicles in the parade celebrating the birth of the nation. In a move that reeks of despotism he wants to crank up a few tanks, some fighter jets and Air Force One to prove he is a good president, just like Putin or Kim Jung Un. He has a plan to sell the rights to drill for oil in the National Parks to make up for the lost revenue.

We are getting tired of all this winning.

Facebook783Tweet3PinEmailShares786
wpDiscuz
Share this ArticleLike this article? Email it to a friend!
Email sent!