Could you imagine if one day you woke up and your penis was gone?

What would you do if your penis just got up and left you? You’d probably experience what Sigmund Freud calls castration anxiety. Panic would set in. You’d no longer feel like a “man.”

Freud, the father of modern psychology spent a lot of time thinking about penises. He theorized that little boys wanted to kill their fathers so they could hump their mothers, while little girls would spend their entire adult lives secretly wishing they had penises (aka: penis envy).

I was reminded of this when a client emailed me about how he hated his average penis. He felt unmanly. Sadly, I know exactly how he feels.

In fact, in one of my past relationships the girl I was seeing told me that both of her past sexual partners either had a penis that was longer than mine or wider than mine. Since most of my relationship validation came from our sexual relationship, part of me felt sick hearing this.

It affected me enough where I bought a book on how to enlarge my penis. I started doing regular “exercises,” and eventually spent $100 on a penis pump.

My penis expanded all of a few centimeters.

Granted, I did get harder due to some of the other exercises I was doing, but I didn’t get much bigger. I felt ashamed. Insecure. Doubtful of my ability to be a man. I felt I was destined to be dumped because of my size.

I don’t know if you’ve ever looked in a mirror, but as a man, we have lots of tools at our disposal. We have hands that can erotically touch, we have mouths that can kiss, and we have tongues to sing romantic songs. We have hearts that bleed love. As I discovered over the years, my worth is not measured by my penis size.

But yes, it’s true — penis size does matter. Women do like penises that are slightly longer and thicker than average.

Evidence supports this. They fill the vagina a little better, stretch the inner parts of the clitoris (the crura and bulbs), and are more arousing to the female eye and brain. They’re like boobs for men.

Like my client, most of us men overestimate how important our pee-wee size is to women. If we were a species where females selected males just for penis size, we would have tiny brains, no sense of humor, no civilization, no love, and no dating process.

All we would have to do is stand naked and point to our “third leg.” All tinder profiles would be penis pics.

If this were true, sexual selection would have given us massive penises and little desire (or ability) to even read an article on penises or do much else for that matter.

Herbal supplements don’t work. Vacuum “penis enlargers” can temporarily boost your size while your penis is in the vacuum chamber, but it does not produce any permanent enlargement. Not to mention vacuum penis enlargers can burst blood vessels, making your penis look diseased. Yikes!

Surgery can cut a suspensory ligament so your dick hangs lower when it’s limp, but it won’t make it any bigger when it’s erect. Not to mention it will be erect at a lower angle. Surgical injections can temporarily increase the girth of the penis with filler materials, but it takes a really good surgeon to not make your dick look like The Hunchback of Notre Dame. Not to mention the fillers tend to get reabsorbed into the body. If we’re looking at the long-term results you’re left with a medical bill and the same size penis.

Viagra doesn’t make you bigger, either. It only makes you harder and easier to get hard, stay hard and improve your hardness recovery rate after you shoot your baby tadpoles into the world.

Ironically there are a lot of male “scientists” who, like Freud, have many studies about penis size. The data is pretty telling. The average American’s erect penis is a tad bigger than 5 inches long (as measured from the top side of the penis to the tip to the public bone at the base).

So you can stop trying to measure from behind your ball sack like women who tell you how tall they are while wearing heels. There’s no need to pump up the numbers.

Your dick is what it is.

The best way to make your dick look bigger is to take care of yourself. Give it a little trimmy-trim-trim, and lose fat so your dick isn’t buried by your FUPA (Fat Upper Pubic Area).

As obesity continues to climb among young men, a lot of specialists are seeing “buried penis syndrome,” where gut fat and pubic fat hide the penis so it looks small.

Removing the pubic fat above and around the penis will do wonders for your “size” issues. Not to mention it will give a woman something firm, not squishy, to grind her clit against when you’re fucking her.

But even fit guys have penis envy. Speaking from experience, I learned that my obsession of penis size was due to other areas of my life making me feel inadequate. I wanted something to blame and there’s nothing easier for a man to blame than the thing he can’t change.

If you are feeling shame about your penis, take a moment to reflect on other areas that make you feel inadequate. Are you in a dead-end job? Does your girlfriend get dick pics from other guys? Are you living at odds with yourself?

Once I removed the items that made me feel inadequate, my penis envy went with it. As men, our worth is much more than the 5 inches between our legs. Women fall in love with us for more than how big we feel inside them. They fall in love with our ability to emotionally connect with them. To support them. For our dreams. For our kindness.

And if some woman tells you she’s breaking up with you cause you’re too small, realize how superficial she is and how empty a relationship with her will be.

What matters is not size but compatibility.

A little unfair to say a woman is shallow if she had a genuine preference for a larger dick.

In principle not a bad article but the issues are too complex for short form writing. Which is why I wrote over a 150 pages in The Small Penis Bible – see my website link.

Women continually bash men on ‘size’ and then turn around and blame men for it and say “its a man’s game” etc etc etc…yeah women are misandrous little creatures that whine about being judged on their looks, boobs and everything else and then turn around and SMASH the hell out of men on dick size,height,looks and income….and then of course deny that they do this WHEN THEY HAVE AND THEY DO! Sorry you cannot have it both ways ladies.THIS is why women are in zero need of ANY sympathy for ANYTHING PERIOD Also,you always hear the same lament from women… Read more »

This really made me feel better. My fiancé says she loves my penis but she at times makes jokes about it and honestly makes me feel so ashamed and honestly has affected my sexual drive and it has put strain on our relationship seeing sex as our stress relief for the hard times in our lives the shamefulness of my size is killing our sexual drive and I feel like it’s separating us. I am an overweight man, but she says she doesn’t want me to lose weight, I want to lose weight to increase my size and confidence but… Read more »

This really made me feel better. My fiancé says she loves my penis but she at times makes jokes about it and honestly makes me feel so ashamed and honestly has affected my sexual drive and it has put strain on our relationship seeing sex as our stress relief for the hard times in our lives the shamefulness of my size is killing our sexual drive and I feel like it’s separating us. I am an overweight man, but she says she doesn’t want me to lose weight, I want to lose weight to increase my size and confidence but… Read more »

I hate these types of articles. Size does matter to women and men. I personally have seen relationships struggle and end based on my size. These are adult, loving, and caring relationships. It came to a point where the woman could not see herself unfulfilled for life. I know these are my experiences, but I have to tell you, it’s happened more than once. Some may suggest toys and such, but you ever tried a quickie on a road trip and had to pull out a bag of toys? Not happening. Also, I am under average length and girth, but… Read more »

You tell us that women are aroused by looking at larger penises and compare it how men react to female breasts.
Why do you talk about women that way?
Come up with solid reliable ,valid research to back up claims like these,and I know you will not find it.
Do you think all men in romantic relationships are the ones with the larger penises and those that are single or in celebay against their will are the guys with smaller penises?

Michael & DJ, I agree with your point which is what I tried to convey in the article. Our penis size is what it is and it’s not what women value us by. Like both of you mentioned, I told my client to focus on emotionally connecting with his wife. To realize his fears and self-doubts were mental, not physical. Many young men struggle with this issue though. Especially in college and right out of college. They need reminders that they are much more than their sexual performance or size. They need to be guided into learning how to romantically… Read more »

As a clinically impotent prostate cancer survivor Kyle, penis envy is a moot point. However, what I have learned and experienced with my partner as a *result* of my impotence I wouldn’t trade for the biggest, hardest dick in the world –nor would she (and in fact has said as much to other men). The primary purpose of dicks and vaginas is making babies –and they are perfect for that. What I and many others have realized is that they are not so great for maintaining long-term deeply connected intimate relationships. Nor well suited for achieving the highest levels of… Read more »

Well said Michael. Guys need to stop worrying about this. it’s nonsense. I’ve communicated with more women then I care to remember when discussing dating and relationships. Very, very few, almost not even worth mentioning, judge a man primarily by his penis size. Almost all are fine with the average size male. It is everything else that they talk about, everything leading up to that event. It is we that continue to rehash this over and over. You guys need to get your head around the reality here. I’m not even sure that most women worry about this enough to… Read more » 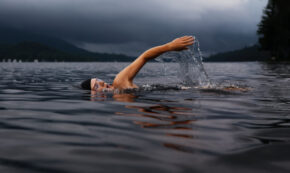 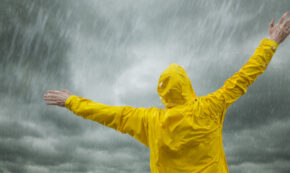 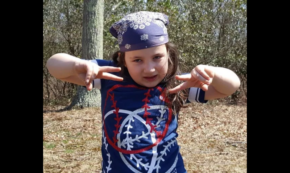 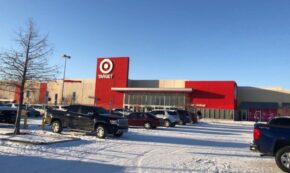 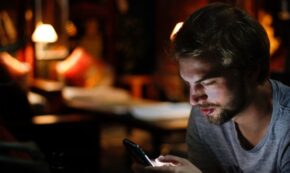 FacebookTweetPinEmailShares79
wpDiscuz
11
0
Would love your thoughts, please comment.x
()
x
| Reply
Share this ArticleLike this article? Email it to a friend!
Email sent!